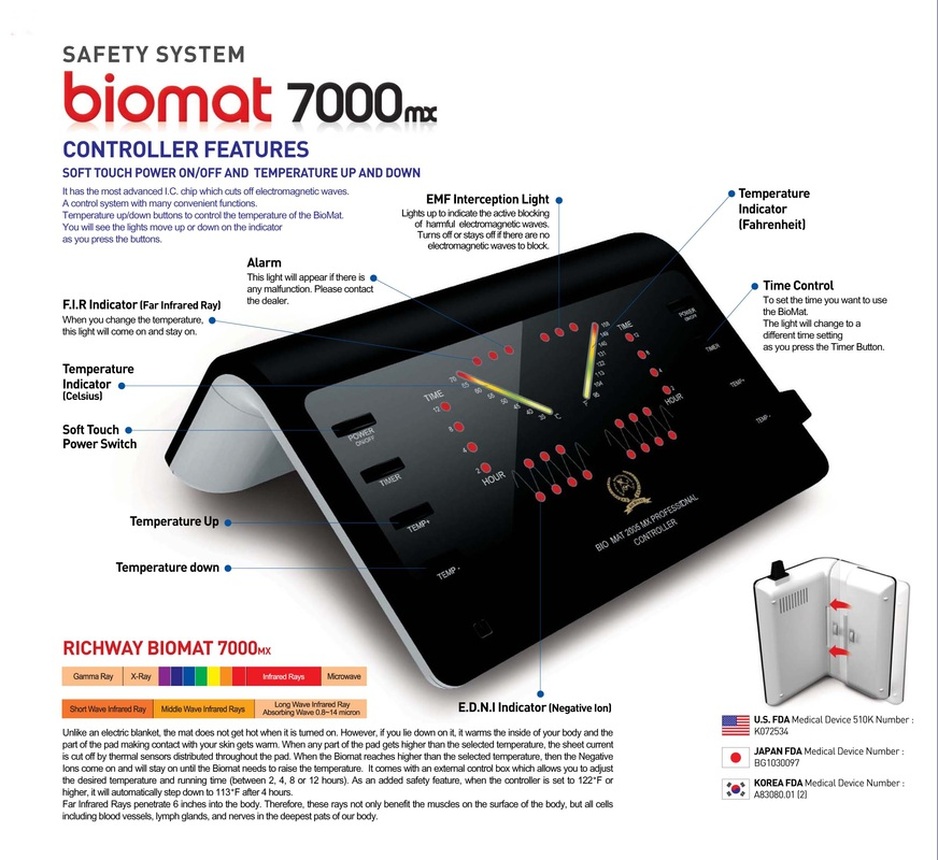 Download the 2 page color synopsis of the BioMat here 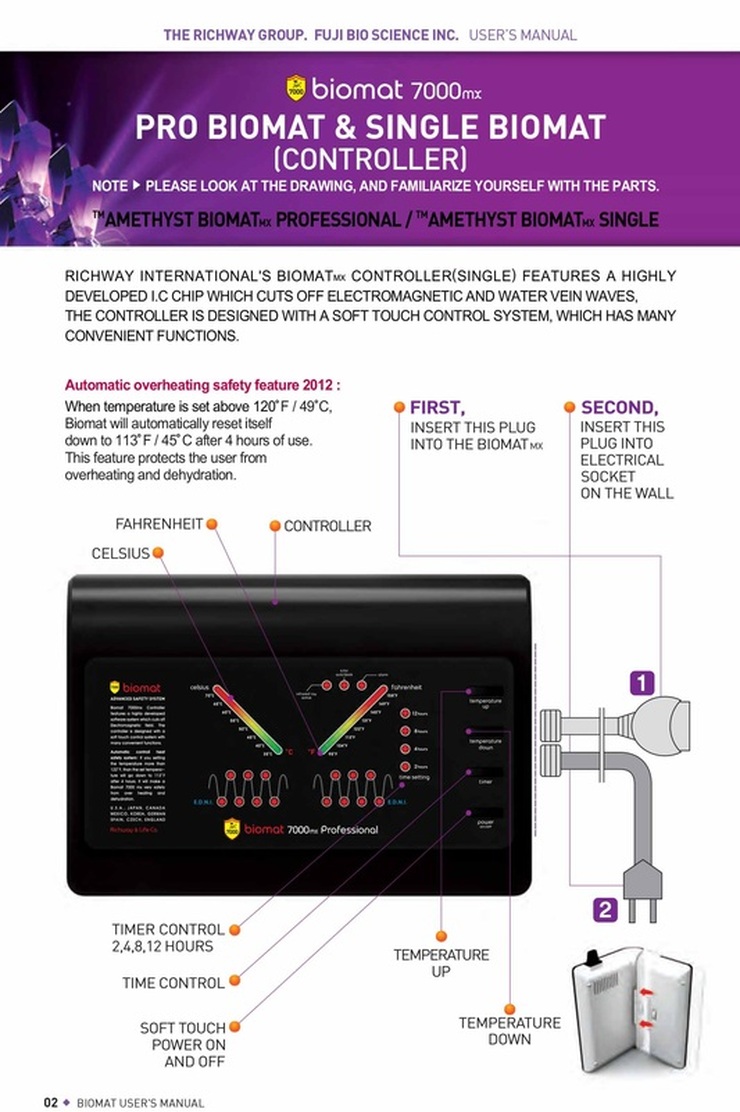 The BioMat was created over 15 years ago by a highly skilled group of scientists, medical professionals and engineers.  It is continually improved & updated.

The BioMat is a 1” thick ‘mat’ that easily fits on any flat surface or in the car during travel.

Amethyst quartz Crystals are then used to amplify the FIR 2-3 times.  It means that the FIR can penetrate 6-8 inches into the body.  No other infrared apparatus is able to do this, as other devices are limited to 1-2" maximum by their technology.

This unique combination of components is what allows the Amethyst Quartz BioMat to deliver professional therapeutic results.

Much of the research and development of the technologies used in the BioMat are originally from NASA.

Texas Instruments  makes many of the layers contained within the BioMat.

Low energy use:  BioMats are also very energy conservative.  The BioMat professional size uses 160 watts of electricity & the mini-BioMat uses 100 watts of electricity.  That's like a light bulb!
Single BioMat shown below with pre-2013 style control unit.
Pillow sold separately.
The BioMat works at peak performance with a BioPillow.  They were designed as a set. 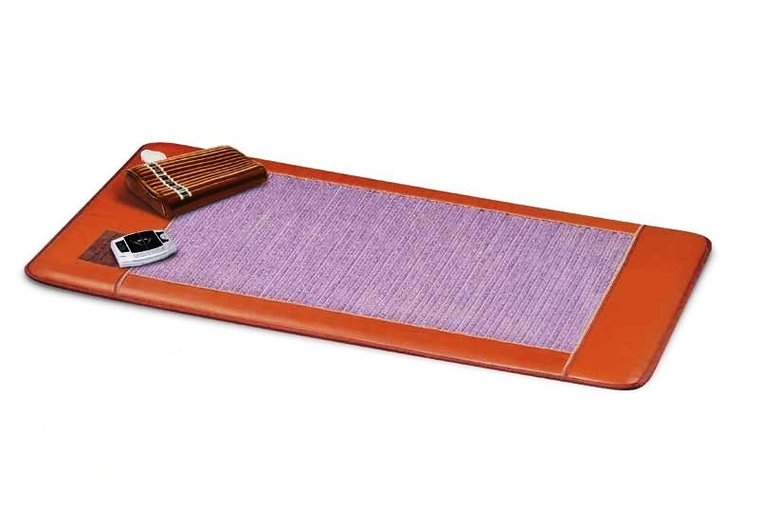